A A A
(Adjust font size)

The Affects of Hearing Loss 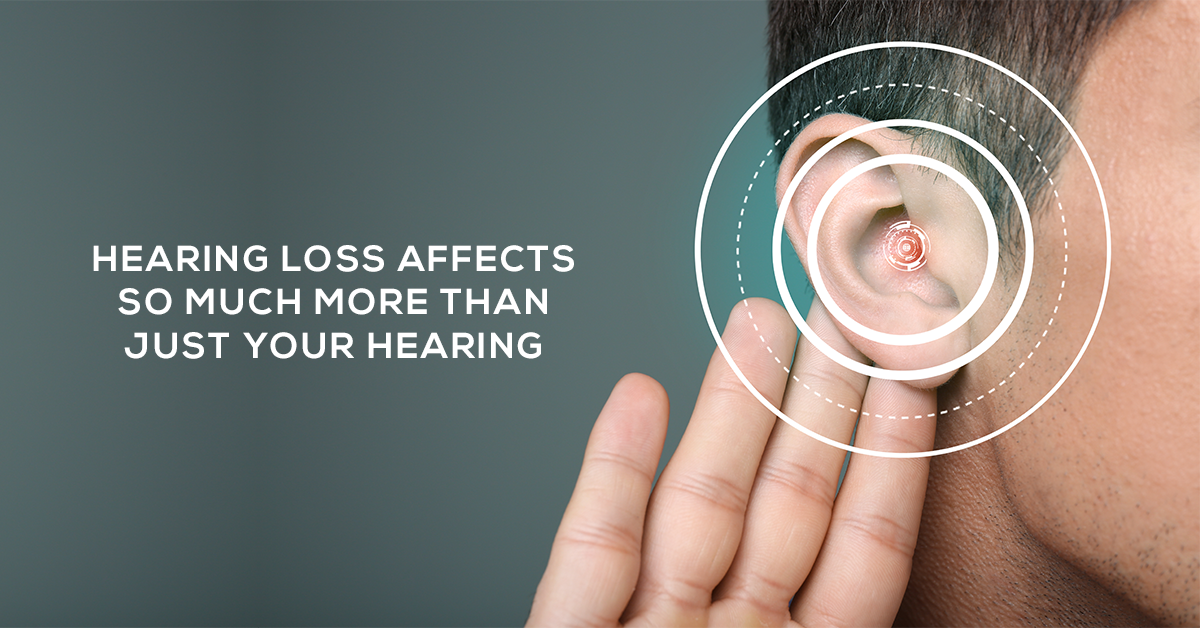 According to the Hearing Loss Association of America, approximately 20 percent of Americans—that’s 48 million people—report some degree of hearing loss. In fact, hearing loss is the third most common physical condition Americans face, coming in behind arthritis and heart disease.

While most people think solely about senior citizens when it comes to loss—those age 60 and up do experience the greatest amount of hearing loss—it can actually happen to anyone at any age. Even children are at risk: 15 percent of school-age children (ages 6-19) have some degree of hearing loss.

Hearing loss can happen gradually or suddenly, and there are four degrees of it: mild, moderate, severe, and profound. Regardless of the degree of loss, it greatly affects one’s life in ways you don’t think about. For example, even mild hearing loss affects someone’s ability to carry on a normal conversation. Certain sounds of speech—such as consonant sounds like “f” and “th” or “k” and “p” can be difficult to distinguish between for someone with mild hearing loss. If the room has bad acoustics, loud background noise, or the person speaking is talking softly, and it can make it even harder for someone with hearing loss to carry on a conversation.

The most common causes of hearing loss in adults are aging and noise. Because hearing loss is an invisible condition, it can sometimes be hard to notice the symptoms, which include listening to television or radio at a high volume, trouble understanding speech, asking people to repeat themselves frequently. While there is no cure for many hearing disorders, it’s not something that has to just be dealt with. It may just mean it’s time for hearing aids. According to the National Institute of Deafness and Other Communication Disorders, approximately 28.8 million adults in the United States (age 20-69) could benefit from wearing hearing aids. Of that number, less than 16 percent have actually used them. There are a variety of styles of hearing aids—some go behind the ear, some in the ear, and others actually in the ear canal—and they can greatly help someone with mild to moderate hearing loss.

At Premier Medical, we understand that living with hearing loss affects so much more than just your hearing—it can hinder daily conversations and interactions. Give us a call today to schedule a hearing test with one of our experienced audiologists. Even if you aren’t quite ready for hearing aids, we can talk through potential options that work best for you to improve your quality of life.